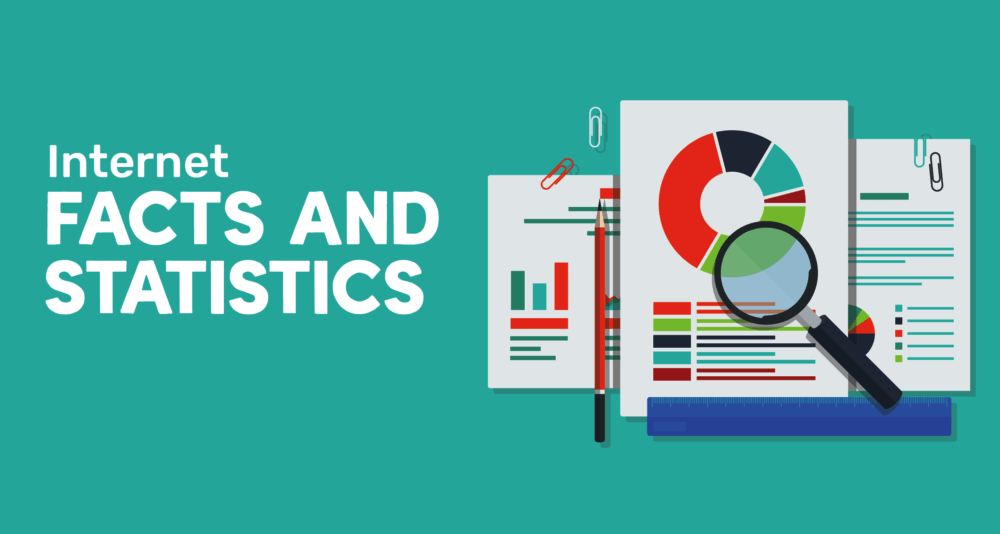 Starting each new day, scrolling through the news resources more and more often the impression is formed that there are only hooligans, disasters, pandemic, redundancies around – in general, we live in troubled times. News from the IT world, as a rule, stand alone to inspire optimism. Another batch of Starlink satellites has been launched into orbit, another fiber-optic cable has been laid connecting Europe and North America, a new graphic patch has been released on WoT, and so on. Even, it would seem, such a phenomenon as the poorly controlled growth of the population of our planet, which generates an increase in the consumption of the limited resources of the Earth, bears only dividends for the digital world. Standing up for the economical use of water, land, biological resources, even the most progressive “Greenpeace employees” do not think to limit themselves in the consumption of resources of the IT world, and they are also limited. Or maybe not? After all, the IT universe lives by its own laws, not too similar to the physical world, and sometimes diametrically opposite.

What are these IT resources in general and how is the growing demand affecting them? What does the statistics say and most importantly are silent? This will be discussed further in the article.

There is nothing infinite in this world. Oil, gas and water have their limits. But what about information? The teacher who gave the lecture to the students will not lose a single gram of their initial knowledge. The song listened to by the music lover will also remain in its original form. In fact, the nature of information is such that it is an inexhaustible source, and the cost of copying / distributing it is very insignificant and depends on rather indirect factors.

In fact, virtual content does not fundamentally differ from gasoline in a car’s tank. To create a high-quality digital product, sometimes it is necessary to invest no less than in the development of a well in an oil field. The only difference is that any deposit will sooner or later exhaust its potential, while content creators can only exhaust their imagination.

Although it is still too early to completely write off the “real” sector of the economy, with its factories and steamships, but due to its specificity, every year the IT industry is more and more confidently registered in various TOPs.

In today’s world, access to the network has become more than just the use of a telecommunications service. Many countries at the legislative level guarantee their citizens access to the Internet, which puts it on a par with such inviolable freedoms as the right to move, freedom of speech and religion.

The base due to which the number of new adherents of the Internet has been steadily growing for decades, although it is decreasing, is still quite extensive. According to the report of international researchers, the number of people on Earth who have access to the network has already exceeded 50%, which in itself cannot but impress.

If we take a closer look at the structure of Internet penetration in different geographic regions, we can see an interesting picture. At a time when in Europe and North America already now the level of the population caught in the global network is under 100%, in Asia and Africa the coverage is only 30% to 40%. Do not forget that the growth in percentage is carried out against the background of the general growth of the world’s population.

As you know, demand generates supply. But who is generating this demand on the network now? Another recent report may shed some light on this question. Analyzing the provided material, in principle, it is not difficult to draw a portrait of the average network user. This is a 31-year-old man, very dark-skinned and with noticeably slanting eyes. As you can see from the dynamics of the growth of new users, over the years the characteristic features of this portrait will only get worse.

However, speaking about quantitative indicators, one should not forget about qualitative ones. Naturally, the consumer from the West is much more solvent than his counterpart from Africa. It is quite understandable that the Chinese want to communicate on social networks in Chinese, the Indians want to listen to their music, and it is also quite understandable that the market will bend towards the new consumer.

In the context of the changes that the vastness of IT lends itself to, it is worth noting another feature. In 2021, access to the network is carried out through mobile gadgets. Previously, the use of mobile platforms was just an upward trend, but now the share of such users exceeds 90%. If in the old days mobile platforms were considered as an addition to stationary ones, now everything is exactly the opposite, and this is already a fait accompli.

Although the preponderance of the number of users is definitely in favor of wearable gadgets, what about traffic? How is it distributed in this pair? After all, when we mention the figure of 4.32 billion active mobile Internet users, this does not mean at all that these users have completely abandoned their landline, home Internet. But here, too, our laptops and desktops were defeated. Although the gap is not so great, it is also quite confident.

In the still not so distant times of the existence of the countries of developed socialism, they did not bother too much with economics. For example, utility bills for gas and water were charged not according to the meter, but according to the established standard for one person living in the living space, and this payment was rather symbolic. In fact, the state provided resources to citizens on a free basis, money was collected only as payment for the associated costs of production, transportation, maintenance of the infrastructure leading these same resources to the apartment. In the 90s, everything turned out to have a price, and even what seemed to already belong to us under the current legislation.

We can observe something similar in the IT world, because information is also a kind of resource. Digital “communism” flourished especially brightly in our open spaces in the early 2000s. The process of combining several apartment buildings into a single local network, and sometimes even a whole microdistrict, went on in all more or less large cities. An ordinary member of such a network, for a purely symbolic contribution to the “common fund”, got access to a rather sickly database consisting of hundreds or more workstations. The bandwidth of the most common network equipment made it possible to more than cover most of the needs of network users. Created against this background, free file sharing services with petabytes of the “hottest” data and unlimited national traffic on them – it was generally a fairy tale. But that time has sunk into summer. What went wrong?

The decisive factor was the unbridled growth in traffic generation, to be more precise, its consumption. The growing “thirst” for content among the end user gave rise to the need to develop the network infrastructure at the fastest pace. But the problem is that no matter how quickly new data centers were built, wherever new fiber-optic lines were laid, all these efforts were insufficient and only extinguished the already blazing fire.

While enveloping the planet with its fiber-optic cables, the Internet also needs such a key element as a data center. The number of the latter also began to grow like mushrooms after a rain. And here we are not talking about local “server rooms”, but about structures of cyclopean scales capable of receiving and processing hundreds of petabytes of data. Of course, there was no question of any competition between local providers and corporations willing to invest billions of dollars in this business.

The phenomenal amounts of data generated by the modern world have created several serious problems for the average user at once. In addition to the need to create and maintain a complex infrastructure, another problem emerged from Pandora’s box – messy content. What worked successfully at the level of local puddles in the ocean of the Internet was not viable. And here it is not so much a question of banal systematization and organization of content, as in the policy of its distribution. The process of intensive migration of our life to the digital world simply could not be ignored by international business, politicians, law enforcement agencies.

No wonder, over time, the proud name “file sharing” has transformed into a less disagreeable “file trash heap”. While swarming in the myriad mountains of content, on this kind of resources, you could find everything you need and not so much. As much as someone would not want, but this state of affairs could not exist for a long time.

At the moment, among the leaders in terms of attendance, one can single out streaming resources and social networks (which, among other things, allow you to listen to music and watch videos). Also, do not forget about such companies as Apple, which, like the ancient Greek king Midas, began to turn into gold – to monetize everything that he could touch. What seemed to be ours by right yesterday became paid for users of Apple products. Download a track with a symphony by P.I. Tchaikovsky, which is obviously the property of all mankind, even that quest.

If we can still talk about a certain freedom in choosing what music to listen to and watch movies, on the same Netflex and Megogo. Control over the dissemination of information in social networks – the leaders of popular sympathy, is becoming more and more intrusive. From one extreme – anarchy and lawlessness, we are gradually slipping into the world of one, unified correct opinion. The outlines of this problem are becoming clearer every year, and here it is not just claims of the level of material qualifications – the high cost of access to licensed content. Centralization of the world’s databases at several points makes it possible to easily manipulate the consciousness of society.

Statistics are our everything

It is impossible to predict tomorrow without knowing about yesterday, and even more so today. Analyzing the work of different companies involved in the collection and processing of data on the functioning of the Internet, you involuntarily come across certain inconsistencies and discrepancies. Vague and not too precise wording is also foggy. But even with 100% data on hand, this is not yet an indulgence to accurately predict the future.

Will the excessive growth in traffic generated by YouTube views in 4K quality on gadgets with a 6-inch screen lead to a general collapse? Maybe we will hit the infrastructure “ceiling” so much that they will start giving access to the Internet with coupons? Unknown. Will we continue to enjoy the freedom of communication online? Statistics are powerless here too.

According to the conclusion of people at the beginning of the 19th century, based on quite correct statistics, the number of horses in London at the turn of the 20th century should have exceeded 1 million. The problem with this kind of forecast is that statistics do not very well reflect the technological leap from quantitative to qualitative. Based on the increasing demand for horses, it was impossible to predict the emergence of vehicles. So today, looking at the world through the eyes of numbers and graphs, it is very important not to overlook the future, which, as you know, is always nearby. 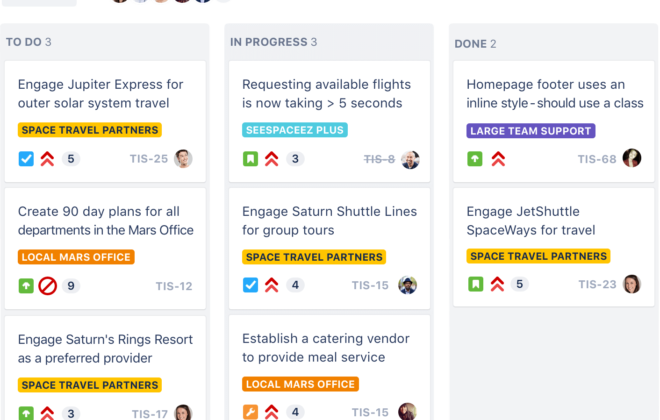 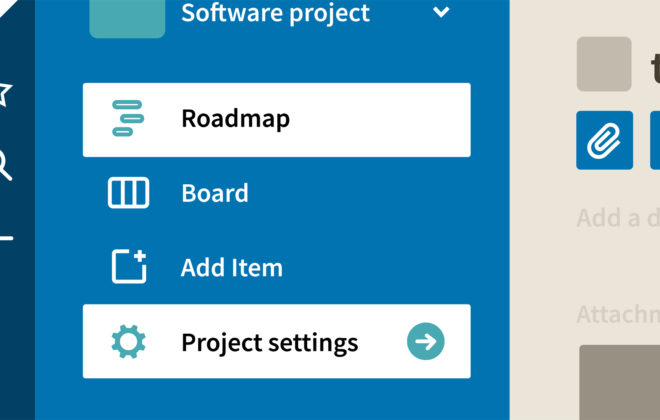 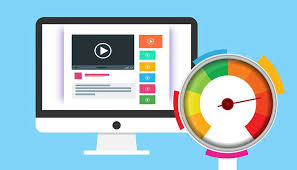